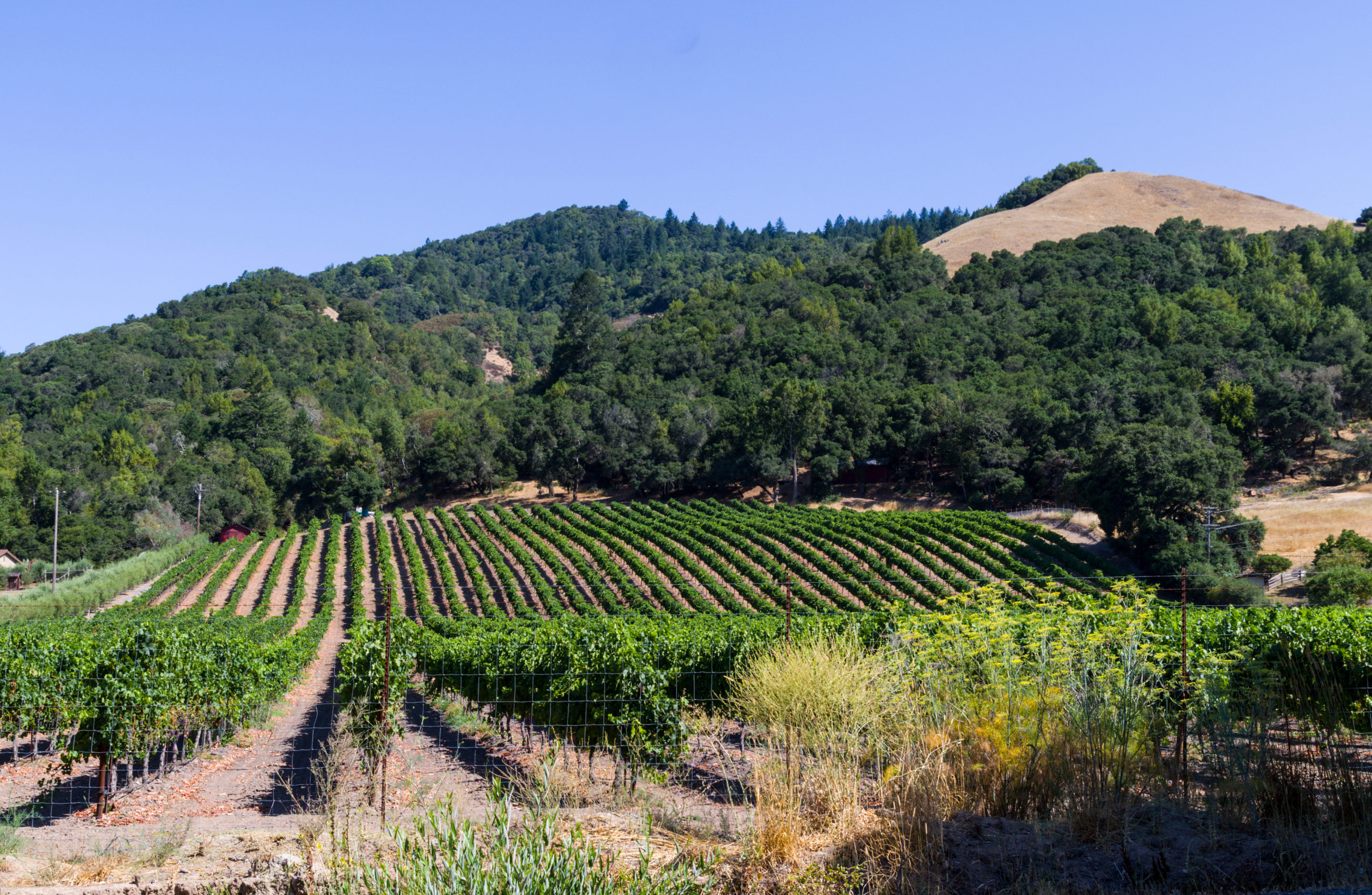 The Complete Guide To Cost Of Living Santa Rosa CA

Santa Rosa captures what everyone thinks of when imagining the typical Northern California city. Many love the city for its beautiful vineyards, oak and redwood-covered hills, superb wines, breweries, and locally sourced foods.

Santa Rosa, located 55 miles north of San Francisco in central Sonoma County, became the commercial center for the surrounding farms, groves, ranches, and other agricultural communities. Over time, it grew into a sophisticated but modest city with a thriving economy.

Many people, especially from the Bay Area, have relocated to Santa Rosa because it’s an inexpensive alternative to San Francisco’s exorbitant cost of living.

If you’re wondering what the cost of living Santa Rosa CA is, you’re in luck. We have all the information you need to know about how much you’ll spend in the area and how much money you’ll need to live comfortably.

These figures can help you figure out whether moving to Santa Rosa is financially feasible for you.

When determining the cost of living in Santa Rosa, housing should be at the top of the list.

The real estate market in Santa Rosa is considered to be slightly competitive. There are a lot of people buying and selling homes because the homeownership rate is at 53%.

Many people want to move here because the average commute to work is only 21 minutes. As a result, typical property prices in Santa Rosa are rising. Prices are currently listed for $586,000, or $380 per square foot.

The homes normally sell for roughly 11% less than the asking price and stay on the market for an average of just under two months, so they’re being snatched up quickly.

Despite the high prices, most people are just putting down 10% on their homes, which is quite reasonable.

However, there are often hot homes that sell rapidly, and these homes are only selling for 1% less than their listing price. So, if you see anything you like, act as soon as possible.

Santa Rosa has a home cost of living index of 250.5, which is more than double the national average for buying land. If you compare this to areas such as Sacramento, you’ll notice that housing is significantly more expensive.

With that said, it’s not quite as pricey as the state average. Both the state and the country have lower homeownership rates.

The average home value in Santa Rosa is currently $690,000. The value of a home has increased by 15.4 percent in the last year.

The price range of housing appears to be in line with the high housing cost of living index. It’s no surprise that homeownership rates are so low when prices are so high.

So if you’re looking at buying property, you can expect to find a house that’s been around a couple of decades, if not more.

Transportation is a big portion of the cost of living in Santa Rosa, CA. Workers here spend an average of 22 minutes traveling to work one way, which is less than the national average of 274 minutes.

If you own a car, you’ll spend roughly $4.90 on gasoline for a gallon.

Santa Rosa has a transportation cost of living index of 103.6, which is similar to the national average.

The average cost of car insurance in Santa Rosa is around $1,800 per year. This is greater than the national average of $1,550 but lower than the $1,870 average in California.

If you prefer public transport, you’re in luck. The city of Santa Rosa operates a comprehensive city bus system that travels throughout the city.

The utility costs are a contributing factor to the high cost of living in Santa Rosa.

Santa Rosa has a utility cost of living index of 100.1, which is slightly higher than the national average. A Santa Rosa resident can expect to pay around $195 per month in utilities for a typical 915 square foot apartment.

This comprises all of the essentials, such as electricity, water, cooling, and waste disposal. The average monthly cost of a high-speed internet connection is just over $70 depending on your provider.

Food, like most things on this list, is one of the reasons why the cost of living in Santa Rosa is so high.

Food and consumables should account for about 11% of your annual income, according to budgeting experts.

So a family that makes $71,347 should expect to pay just over $650 each month. This is obviously a lot of money compared to what people in other areas spend.

On a positive note, Santa Rosa has a low unemployment rate of roughly 2.5%. This means that jobs are plentiful in the local economy. The city has been named one of the top 100 greatest places for business and careers by Forbes, cementing its status as a powerhouse for Californian job seekers.

The local government employs over 5,000 people as part of the Sonoma County offices.

Healthcare also has a strong presence in the city, with Kaiser Permanente sites employing over 2,600 Santa Rosa residents.

A great number of jobs are also available in the city at the St. Joseph Health System hospitals and the Santa Rosa Junior College.

Administrative assistants, certified nurses, and office managers are the most frequent jobs in Santa Rosa. This city also has a large number of dental assistants, bookkeepers, and medical assistants.

Do you enjoy visiting wineries? That’s fantastic, because that’s exactly what the region is known for. Paradise Ridge Winery, St. Francis Winery and Vineyards, Matanzas Creek Winery, and Benovia Winery are some of the best wineries in town.

Tastings start at $20 per person and go higher from there. You’ll be spoiled for choice when it comes to wineries so you’ll never be stuck looking for something to do on the weekend.

Looking to spend some quality time with the whole family? A river kayak tour along the Sonoma coast costs $100 per person. You can also go on Safari West, a 400-acre wildlife tour.

Weekday safaris cost between $90-$110 per adult, while a weekend safari goes for anywhere between $100-$130 per adult and features a comprehensive safari experience without leaving the state. Private safaris begin at $1,100, with nightly fees ranging from $290 to $450.

Santa Rosa natives love visiting the rugged beaches of Sonoma Coast State Park, the different vineyards of Napa and Sonoma Valleys, and the mountains of Marin and Mendocino counties when it’s bright and sunny outside.

Golf courses and live entertainment at the 6th Street Playhouse and the Summer Repertory Theatre Festival are some of the things you could explore.

It should come as no surprise that clothing and home goods, like everything else, are expensive given the high cost of living in Santa Rosa. The good news is that Santa Rosa has a lot of indoor and outdoor malls for some variety.

For a pair of regular jeans, you could spend about $45. Chain stores would set you back about $35 for a summer dress and running shoes about $80.

Santa Rosa and the neighboring areas have a lot of schools. There are 87 elementary schools, 53 middle schools, and 42 high schools located in and around the city. There are 42 public schools, 23 public charter schools, and 117 private schools among them. Each year, almost 70,000 pupils attend school in Santa Rosa.

Sonoma public schools have a student-to-teacher ratio of 21:1, which is lower than the state average of 23:1. This is greater than the 16:1 national average. Santa Rosa’s public schools consistently rank in the top 30 percent of California schools.

Everyone knows you’ll have to pay city and state taxes, but how much will they cost you in Santa Rosa? You should think about it if you haven’t already. Though taxes are often one of the last items on people’s minds when planning a move, they can quickly pile up.

Unsurprisingly, taxes are high and contribute to the high cost of living in Santa Rosa. It can, however, be rather low depending on where you lie on the scale. Santa Rosa’s income tax ranges from 1.25 percent to 10.55 percent depending on how much you earn, making it one of the highest in the country.

The good news is that the property tax rate in Santa Rosa is rather low, at around 0.6 percent. A tax adjuster will come out to your home and analyze the property, but you should anticipate paying around $2,700 for a $450,000 home.

The cost of living in Santa Rosa is comparable to California averages in a number of respects. The huge amount that residents save on transportation expenditures is one of the few distinctions.

Because of its distance from major cities like Sacramento and San Francisco, this area experiences less traffic, resulting in car insurance, local transit, and other costs that are around 35% lower than the state average.

Getting closer to the typical household income in Santa Rosa, which is roughly $72,000 per year, can allow you to live a more comfortable lifestyle. We strongly advise this in order to ensure that you can save and be prepared for emergencies or other unforeseen expenses.

This charming city, which is more than two hours away from any other major California city, offers a comfortable lifestyle. Residents of Santa Rosa appreciate the numerous activities available, as well as the pleasant weather and well-kept neighborhoods. It’s no surprise that the city keeps growing year after year.

If you’d like help with your big move, we have a great team of professional movers who will help you with everything to make your next move a painless, hassle-free experience.